The climactic moment is finally upon us. The final battle for NHL supremacy shall begin in Vancouver on June 1st.

The Boston Bruins and Vancouver Canucks will play a final best-of-7 series for all the marbles. There is a feel good story to be had no matter which team wins. The Boston Bruins last won the Stanley Cup in 1972, and since then, have endured fruitless trips to the Cup final in 1974, 1977, 1978, 1988, and 1990. The Vancouver Canucks have never won the cup, and have made it to the Cup Final twice (1982, 1994).
As the Cup Final approaches, the INSIDE SPORTS Expert Picks contest has also tightened up. 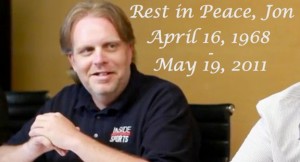 *Should Vancouver win, Jon Moncrief will have won the Postseason picks contest posthumously. Smith will finish second with a Canucks victory.
*Should Boston win, Jake Stevens will finish in a first place tie with Moncrief. Tom Walker will be looking forward to next season, no matter which team wins.

This entry was posted in Inside Sharks, NHL. Bookmark the permalink.