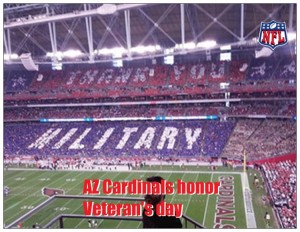 1) Ed Reed has made an unholy mess of what could have been a Hollywood ending to his Hall of fame career.

2) Whether they lose on the last drive, or get blown out, the Dallas Cowboys cannot survive against high-scoring teams.

3) The Jonathan Martin case just keeps getting curiouser and curiouser.

4) I had forgotten that Carolina had a record of 1-3 after four games.

6) I wouldn’t bet against the 3-6 New York Giants to win the NFC East. If “Big Blue” wins next two games, they will have the same record as the Dallas Cowboys.

7) Whoever picked St. Louis, Jacksonville and Tampa Bay on their parlay ticket, turned a tidy profit.

8) In it’s quest for more scoring, the NFL has created an environment in which officials will penalize the defense for anything at anytime, without the slightest bit of hesitation, and no fear of consequences.

9) If you are a former NFL QB not named Matt Leinart, stay in shape. Some team out there may be calling you soon, as evidenced by Matt Flynn just having signed with the Green Bay Packers.

10) The NFL did a great job honoring all the Military veterans this past weekend. I am proud to have served.