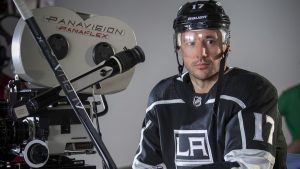 Will Ilya Kovalchuk and the LA Kings get a Hollywood ending ?

On Sunday , Dec 2, Los Angeles Kings forward Ilya Kovalchuk underwent an ankle bursectomy procedure that will sideline him for about four weeks.

The Russian forward spent the previous five seasons with SKA St. Petersburg in Russia’s Kontinental Hockey League before the Kings signed him as a free agent on June 23 of this year. The three-year contract is worth $18.75 million.

Kovalchuk has five goals and nine assists in 25 games since returning to the NHL with the Kings, although the 35-year-old was in the midst of an 11-game goalless drought, prior to being placed on injured reserve

The veteran forward’s role on the team has seemed to lessen under interim head coach Willie Desjardins, as he had not been getting much playing time as of late. Desjardins has used Kovalchuk as a bench-warmer for long stretches in recent games and is still processing which line his veteran player would be most effective.

Hopefully, when Kovalchuk returns to the lineup, Desjardins will be able to solve the puzzle and place him on a line where he can be most productive – The Kings are still searching for consistency as they hover near the bottom of the standings.