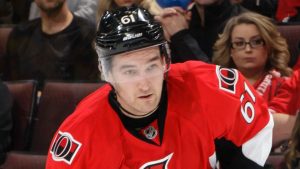 The NHL trade deadline featured the typical flurry of activity. There was a deep market for wingers, which allowed some contenders to infuse offense into their lineup at modest costs. Meanwhile, some sellers loaded up on draft picks and prospects to strengthen their rebuilding efforts.

David Poile continued to excel, as the veteran GM landed a trio of multi-faceted veterans in exchange for two middling forwards and without having to surrender any first-round picks. Mikael Granlund arrived to the Preds, who turned the potential of Kevin Fiala into an immediate upgrade, and one that provides speed, positional versatility and the ability to play in all three situations. Ryan Hartman was sent to Philadelphia in exchange for heart-and-soul winger Wayne Simmonds, while a second-round pick landed Nashville a sound checking center in Brian Boyle. Simmonds should provide a much-needed boost to a struggling power play that has only recently had its full complement of players. Both he and Boyle add size and grit to what now appears to be a complete team between an outstanding top four on defense, two capable goaltenders and a reinforced group of forwards.

It may be hard to see the Sens holding any trophies in this or any season soon, but they have accumulated picks and salary flexibility that could carry them to a great spot in the not-too-distant future. After scrambling to acquire forward Matt Duchene last season, they got a solid haul for him, Ryan Dzingel and Mark Stone, all of whom were unlikely to re-sign with the Sens. As of tjis moment, they will have more picks in the first three rounds combined in the next three seasons than any other team. They also landed Erik Brannstrom, a Swedish defense prospect who has shined in both World Junior competition and the American Hockey League this season. Making the major assumption that Ottawa will be guided by competent management and, murkier still, supportive ownership, the Sens may have at least contained the dumpster fire that has ravaged their organization since their conference finals appearance just two seasons ago.

Amid a free fall from grace, one of the league’s best organizations finds itself handcuffed by long-term contracts to aging players, inundated with injuries, and in complete flux at the top levels of the organization. Having made a series of trades already involving peripheral players, the Ducks have done little to impact their fortunes positively with a series of wheel-spinning deals by General Manager and interim coach Bob Murray, who recently stepped behind the bench after relieving Randy Carlyle of his duties. At the deadline, the Ducks re-signed winger Jakob Silfverberg to a five-year extension, and also added a first-round pick. On the surface, that sounds fine, but Silfverberg will soon be another relatively big-ticket player in his 30s on a team already struggling to accommodate the contracts of Ryan Kesler and Corey Perry, among others. Additionally, the first-round pick came at the cost of fluid-skating defenseman Brandon Montour, who remains under contract through 2020 and under team control once the deal is up. He now bolsters a Buffalo blue line that seems to be the final component in the Sabres’ rebuild.

Like the Ducks and Minnesota Wild, the Oilers have been active this year but the results have been negligible. They have made changes at the top – they replaced both their coach and general manager–and at the bottom, shuffling around pieces from the lower regions of their roster, but to little avail. Their deadline came and went without any significant improvement to their roster or cap situation. Even modest potential goals like better protecting star center Connor McDavid or bringing in experienced players to stabilize the roster went unaddressed.

The Golden Knights ostensibly snagged the prize of the deadline, when they acquired winger Mark Stone, a point-per-game-plus player who had perhaps even more remarkably, posted a positive plus/minus rating on an Ottawa roster where only one other regular has done so. The cost, however, was high, in dealing an outstanding defensive prospect in Brannstrom and a second-round pick for the rights to Stone and his expiring contract. Vegas doubled down by signing Stone to an eight-year, $76 million extension. This season, only nine players had a cap hit north of the $9.5 million that Stone will carry against the cap. One could say that the Knights landed the biggest talent available and locked him down through his prime. However, they did so at a premium when considering both the size of the contract extension and the assets they sent to Ottawa in order to have the opportunity to present the deal to Stone.

Columbus was the biggest question mark heading into the deadline. They were on the playoff bubble and were facing an offseason where they were likely to lose their All-star goalie, Sergei Bobrovsky, and their most lethal scorer, Artemi Panarin. Rather than become sellers or balance acquisitions by moving Bobrovsky and Panarin as rentals, the Jackets shoved every chip into the center of the table. They made a substantial investment in Duchene, which will be even more substantial if they manage to re-sign him. Also, they sent futures away for Dzingel, netminder Keith Kinkaid and defenseman Adam McQuaid. They may end up with more pending unrestricted free-agents on their roster (six) than they have draft picks in the next two drafts potentially (as few as five, with two of those being in the seventh final round and potentially no picks in the first three rounds). For a franchise whose success has been sporadic and in short supply, going “all-in” may signal a commitment to the fans, but without a deep playoff run, the Jackets will have undoubtedly short-changed their future.