On August 31, 2018, in a trade with the Pittsburgh Pirates, the Los Angeles Dodgers acquired infielder David Freese and his 2011 MVP Cardinals World Series championship experience. 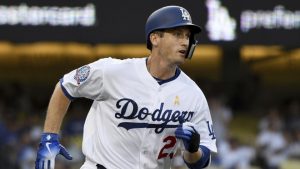 On Saturday, September 1st, against the National League Western Division rival Diamondbacks, Dodgers Manager Dave Roberts didn’t waste any time, as he inserted Freese into the lineup at first base, batting in the fifth spot for his debut. Freese brought a gift to the party be hitting safely in his first at-bat, a solid single and finished the game going 1-for-2 with a hit by pitch and displaying a stellar performance in the field.

Thanks to Matt Kemp’s clutch come-from-behind three-run homer in the bottom of the eighth, the Dodgers went on to win 3-2 and took over sole possession of first place in the West. This was a great way for Freese to celebrate his debut, as the Dodgers are furiously battling the Arizona Diamondbacks and Colorado Rockies for supremacy in the NL West.

Freese has hit the ball well in his last 24 games since July 26, batting .308 with 10 runs, four doubles, four home runs and 17 RBI while still with the Pirates. This was a timely addition, since Chris Taylor is experiencing a hitting slump this season with the most strikeouts in the majors, a productive bat was needed to fill that void. To that end, Dodgers general manager Farhan Zaidi decided to add one final addition before the deadline for postseason eligibility (August 31 waiver deadline); trading minor league infielder Jesus Manuel Valdez on Friday night for Freese.

The newly acquired 35-year old will be utilized as a right-handed hitting platoon option at first base and might occasionally play third to give Justin Turner some rest.

“He’s a veteran presence, offensive, great clubhouse guy,” said Roberts, who plans to start Freese exclusively against lefties. “Our guys [GM Zaidi and others in the front office] have done a great job supporting us, and I’m really excited to have him.”

Eight hours before Freese was added to the roster, the Dodgers also acquired veteran reliever Ryan Madson from the Nationals who will be a threat coming out of the bullpen.

Freese, so far this season has blasted nine home runs, 41 RBI, and a .784 OPS. That OPS is his highest since his All-Star season in 2012. Of course, the 35-year-old is best known for his superhuman performance in the postseason for the Cardinals in 2011, especially in the World Series against the Rangers. In Game 6 at Busch Stadium, 11th inning, and with two strikes, Freese hit a game-winning lead-off, walk-off, solo home-run to deep center (420 feet) to send the series to Game 7. It was one of the greatest ‘shots heard around the world.’

“Definitely happy to have him,” Turner said. “An ultimate professional hitter, love watching him take his at-bats, and looking forward to wearing the same jersey as him.” 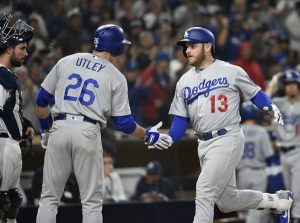 So far this season, Max “Mad Max” Muncy has been a pleasant surprise for the Los Angeles Dodgers.

On July 1, 2018, in a 6-4 win over the Colorado Rockies at Dodger Stadium, Muncy, getting his fifth start at second base, reached base safely in all four plate appearances, going 2-for-2 with two walks and also scored two runs. He has reached base safely in 30 of his last 32 games since May 23, hitting .297 with 22 runs, three doubles, 12 home runs and 20 RBI. He’s ranked #18 in the majors, along with five other players, with 17 homers, ten of those coming in June.

Muncy is primarily a first and third baseman and started more games in the minors in left and right field than he did at second. At the moment, the Dodgers are willing to let him play second and learn how to defend at that position in order to keep a productive bat in the lineup. The Dodgers don’t mind that he didn’t play any games at second when he was in Triple A.

The 27-year-old Midland, Texas native was drafted by the Oakland Athletics in the fifth round of the 2012 MLB draft. After being released before the 2017 season, Muncy signed a minor league contract with the Dodgers on April 27, 2017 and assigned to Triple A Oklahoma City. In 109 games, he hit .309 with 12 homers and 44 RBI and then called up to the Dodgers on April 17, 2018.

The 2018 season found the Dodgers starting off injury-plagued, losing Corey Seager to a season-ending injury, Clayton Kershaw on the DL twice, Hyun-Jin Ryu hurt and slugger Justin Turner also starting the season on the shelf. The Dodgers record was 16-26 on May 16 and it seemed hopeless. Fans were doubting that they could recover.

And then there was Muncy to help save the day. Now, he’s the best power-hitter on a surging Dodgers team.

Muncy’s rise to the top has unfortunately moved veteran second-baseman and fan-favorite Chase Utley to the back burner. Utley recently returned from the DL and remains primarily a pinch-hitter. He’s batting .188 as a starter and .421 as a pinch-hitter.

“Chase is going to go against a right-handed pitcher and trying to get him in on a once-a-week type thing,” Roberts said. “Understanding his value as a pinch-hitter to give us a good at-bat off of the bench, but you still need to get starts to kind of stay somewhat current, but I think that against right-handers, we want to make sure Muncy is up.” 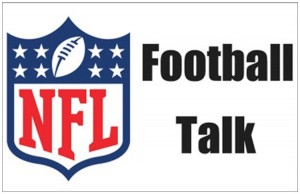 The flagship weekly INSIDE SPORTS podcast ‘NFL Football Talk’, is now available on the go. Download the Podbean App on your wireless device and you will be ready to hear all the latest NFL news, prediction, gambling tips and Fantasy Football advice, no matter where you may be (Listed under “The Inside Sports.”)

On your home computer or laptop? Click here to listen to the latest episode !

As Super Bowl 51 draws closer, we attempt to predict the winner, both using good old-fashioned human analysis, as well as with newfangled data from “NFL Alphas.” Also, the NFL landscape is changing – Would marijuana actually be a better alternative than prescription opioid pain meds, when it comes to pain management ? We cover all the bases !

On the eve of the National Hockey League honoring the Top 100 players in it’s 100 year history, Charles Smith Jr of Inside Sports, interviews legendary Swedish defenseman Borje Salming. A Toronto Maple Leafs icon, Salming made the list of the Top 100 players.

NHL Top 100: Börje Salming from Inside Sports on Vimeo.

NY Islanders Star forward John Tavares talks about what it means to compete in the NHL All-Star Game, and how special it was to be honored on the same weekend as the NHL’s “Top 100 Players of all time.”

NHL All-Star game 2017: John Tavares from Inside Sports on Vimeo.

From Jan 27, 2017: Transcendent NHL legends Wayne Gretzky, Bobby Orr and Mario Lemieux, share thoughts on the great game of hockey and their respective places within its history. A truly magical press conference featuring three class acts – This is a ‘must see’ !

NHL All Star Weekend: Gretzky Orr and Lemieux from Inside Sports on Vimeo.

All the latest goings on in the National Football League. We prognosticate on the latest games, analyze the latest news and give our ‘Gambler’s Delight’ locks of the week. Don’t miss this one !

NFL Football Talk 2016: Week 8 from Inside Sports on Vimeo.